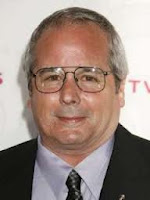 Desiderio Alberto Arnaz de Acha IV aka Desi Arnaz, Jr., was born in Los Angeles, California, on January 19, 1953. He’s the son of actress Lucille Ball [1911-1989] band leader, actor Desi Arnaz [1917-1986] and  the brother of, Lucie Désirée Arnaz, [1951- ]. At age 12, he formed a band with Dan Paul Martin [1951-1987], the son of singer/actor Dean Martin and Billy Hinsche called ‘Dino, Desi, & Billy’ where he played the drums. He and his sister Lucie, played opposite their mother in the 1968 TV series ‘Here's Lucy’ as her children. In the 1970s Desi appeared on several TV series as a guest star. During the mid-1970’s and into the 1980s Arnaz appeared in several films including his only Euro-western “Billy Two Hats” (1973) with Gregory Peck. In 1992 he played his father in “The Mambo Kings”. After his famous mother’s death he and his sister controlled her estate and from 2002 to 2007, he was vice-president of the board of Directors of the Lucille Ball-Desi Arnaz Center in Jamestown, New York. In recent years he’s toured with a new configuration of ‘Dino, Desi & Billy’ called Ricci, Desi & Billy, featuring Arnaz Jr. reunited with Billy Hinsche, and joined by Ricci Martin (youngest son of Dean Martin). Today Desi lives in Boulder, Colorado with his wife Amy and their daughter. They own the Boulder Theatre, a cinema converted into a theatre and home to the Boulder City Ballet Company. Today we celebrate Desi Arnaz, Jrs. 60th birthday.