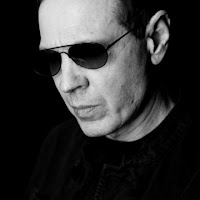 Noel Scott Engel was born on January 9, 1943 in Hamilton, Ohio. As Scott Walker he is an American-British singer-songwriter, composer and record producer. He is noted for his distinctive baritone voice and for the unorthodox career path which has taken him from 1960s pop icon to 21st century experimental musician.

Originally coming to fame in the mid-1960s singing orchestral pop ballads as the front man of The Walker Brothers, Walker went on to a solo career balancing a light entertainment/MOR ballad approach with increasing artistic innovations in arrangement and writing perspective. Despite a series of acclaimed albums, a disastrous drop in sales forced him back into straight MOR recordings with little of his own artistic input. This in turn eventually led to a Walker Brothers reunion in the mid-1970s.

Since the mid-1980s Walker has revived his solo career while drastically reinventing his artistic and compositional methods, via a series of acclaimed and vividly experimental albums. These combine his iconic singing voice with an unsettling avant-garde approach owing more to modernist and post-modernist classical composition than it does to his pop singer past. The change in approach has been compared to "Andy Williams reinventing himself as Stockhausen".

Walker continues to release solo material, and is currently signed to 4AD Records. As a record producer or guest performer he has worked with a number of artists including John Maus, Pulp and Bat For Lashes.

Despite being American, Walker's success has largely come in the United Kingdom, where his first four solo albums reached the top ten. Walker has lived in the UK since 1965; he became a British citizen in 1970.

Scott is known to Euro-western fans as the singer of “A Rope and a Colt” the main theme for the film “Cemetery Without Crosses” (1968) starring Robert Hossien and Michele Mercier.

“A Rope and a Colt” https://www.youtube.com/watch?v=palcJxRCdpU
Posted by Tom B. at 5:53 AM