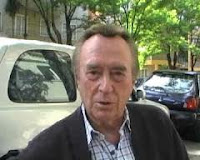 Nico Fidenco, was born Domenico Colarossi in Rome, Lazio, Italy on January 24, 1933. He began as an Italian singer who gained considerable popularity from 1960 onwards, after the release of the film “Su nel cielo”, directed by Francesco Maselli. Fidenco taught himself how to play the piano, and made a few cover versions of film title songs for the Italian market. Nico’s interest in cinema lead him to become a prolific soundtrack composer with more than 65 film scores to his credit. Among these scores are twelve Euro-westerns including: “In a Colt’s Shadow”, “The Taste of Killing” (both 1966), “I Want Him Dead” (1968) and “Those Dirty Dogs” (1973). Today we celebrate one of the genre’s most beloved composers Nico Fidenco on his 80th birthday.