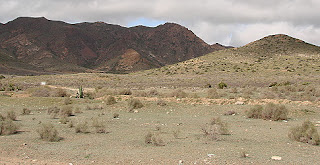 We continue our tour of film locations for “Shalako”. After dinner the hunting party retires for the night with guards posted they try and get some sleep. During the night the Indians attack under the orders of Chato who wants to wipe out the intruders instead of following his father’s orders and allowing them to leave in the morning. The so-called fort is set on fire and several of the guide Bosky Fulton’s men are killed during the raid.

The opening of the fort is pointed northeast as can be seen from the German lobby card and the 2007 photo taken by Captain Douglas above. 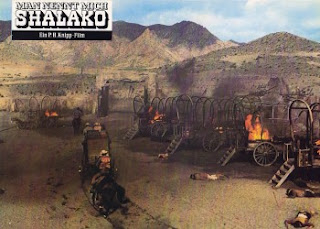