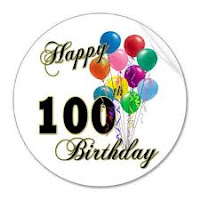 Clemente ‘Tino’ Santoni was born on January 19, 1913 in Rome, Lazio, Italy. After studying painting, he devoted himself to the movies, taking work as an assistant, assistant operator and lighting director in the decade 1930-1940. In his vast list of productions, including that of film genres, some of which are valuable aesthetic commitment, others of less higher quality, he deserves to be remembered for the freshness of his solar images, “È primavera” (1949), directed by Renato Castellani, and especially that of two films directed by Valerio Zurlini, “Estate violenta” (1959) and “La ragazza con la valigia” (1961). In both, besides the excellent cinematography and the artistic value of the images, comes a remarkable softness of the tones and contrasts of light. Santoni also demonstrated an uncommon sensitivity with his adherence expressiveness of his cinematography to the themes and aesthetics of his film. Santoni was the cinematographer on seven Euro-westerns including: “Il bandolero stanco” (1952) “Heroes of the West” (1965) “Two Sons of Ringo” (1966) and “Blood Calls to Blood” (1968). Santoni retired in 1974. Today we celebrate Clemente ‘Tino’ Santoni’s 100th birthday.