I appeared in over 40 films among which were three Euro-westerns.

I’ve lately appeared in the news trying to save the life of two elephants dying from tuberculosis.

Chris Casey correctly identified this week's photo as that of Brigitte Bardot. 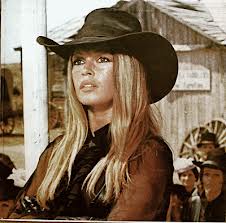