Who Are Those Composers? ~ Rune Walleborn 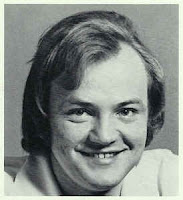 Swedish composer, musician, singer, actor, songwriter Rune Walleborn was born Kurt Rune Persson in Stockholm, Sweden on February 23, 1945.  During his teens, Rune lived in Nacka and went to Ekliden’s school together with Sven Felund of the Hep Stars. Wallebom was a member of the group The Violents. He made his debut as a 13-year-old with Burken and His Jars. However he is best known for his songwriting, among the more famous songs are Börja om from the beginning 1965, Kristina from Vilhelmina 1966 and Önskebrunnen 1967 which became popular by Sven Ingvars , and Aj, aj, aj which became a big hit with Schytts in 1973.