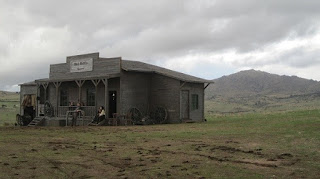 Last Thursday it was reported that it was the intention of the Colmenar Viejo City Council to demolish the stagecoach station of the Dehesa de Navalvillar, considered by the guide "Community of Madrid, Far West Territory" of the Ministry of Culture and Tourism as the last of this type of decoration that remained in the region was demolished yesterday morning by order of the city council. According to reports from the association "Colmenar Viejo Tierra de Cine", "sources from the consistory assured us that the execution would not be so imminent, but it seems that the social and media visibility of the problem during these days has precipitated the decision." 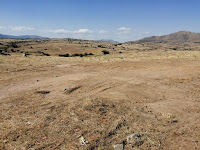 It should be remembered that on April 29, 2021 in question time in the municipal plenary session, the mayor of Colmenar Viejo, Jorge García Díaz, announced the decision to tear down the set. While it is true that the councilor, immediately afterwards, announced in the same plenary session that they are going to "try to build one again", asking for a subsidy or with the resources of the council. Well, it seems that the government of the Colmenar Viejo City Council is taking a step beyond the announcement of rebuilding the set, and they spoke yesterday of a more complex project, creating an environmental interpretation center in the Dehesa de Navalvillar, which include a tribute to the cinema. However, “Colmenar Viejo Tierra de Cine” warns that, “in reality, it is an idea recycled from a decade ago, which in its day could not be developed, as the consistory lost some European funds with which it was going to take it to completion. Something that now seems like a fantasy, and like a way out these days to justify the unjustifiable”.