We continue our search for filming locations of “Run, Man, Run”. Cuchillo continues his leisurely ride into a village where he dismounts his horse and finds an open door, behind which is a table with some tortillas and beans. After determining no one is there and he has not been seen he enters, makes himself a taco and leaves through a back door. To his surprise he finds himself in the middle of an execution by a firing squad. Desperate he shoves the condemned men away and runs for cover. The firing squad shoots their rifles at him but he is able to mount his horse and ride away. 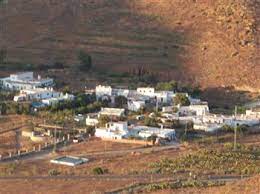 This scene was filmed in Las Hortichuelas, Spain. 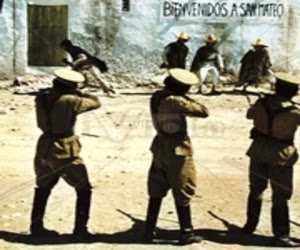