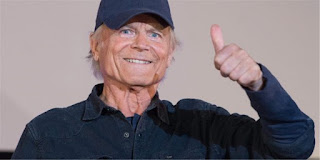 The Gran Sasso Festival announces its Opening Week from July 28 July to August 8, 2021 events, tastings, excursions, shows, games and screenings will take place throughout the Gran Sasso in L'Aquila. The event is financed by the Municipality of L'Aquila thanks to the Restart 2019 call. An illustrious guest of the event, Wednesday August 4, will be Terence Hill who, on the occasion of the 50th anniversary of the film's release “Trinity is STILL My Name”, will return to Campo Imperatore to places where it was shot to present the screening of the film.

Also taking part in the meeting will be Cristiana Pedersoli, daughter of Carlo Pedersoli, the great and unforgotten Bud Spencer, and partner of Terence Hill, Sandra Zingarelli, daughter of Italo, film producer, Don Samuele Pinna, essayist who has dedicated two volumes to the queen couple of Spaghetti -Westerns, and Piercesare Stagni, film historian and author of the book Il cinema forte e gentile.

Federico Vittorini, artistic director of the L'Aquila Film Festival, will moderate the meeting. The guests and the setting will guarantee the event charm and suggestion by making it a memorable moment in the history of the Gran Sasso.

The Gran Sasso Open Week will then offer three other screenings, also curated directly by the L'Aquila Film Festival: "Paolo Cognetti - Dreams of the Great North" by Dario Acocella will open the event on July 28 in Piazza del Teatro in L'Aquila, Sunday August 1 “The electric woman of the Icelandic” by Benedikt Erlingsson will take advantage of the unique atmosphere of the village of Santo Stefano di Sessanio and “La montaña desnuda” of the great mountaineer Alex Txikon will close the Gran Sasso Open Week and the review of four titles selected by the festival of the capital of Abruzzo region on Environmentalism, Nature and Mountains. Every day, then, it will be possible to participate in free excursions and tastings, thus being able to get to know the territory of the Sasso accompanied by authorized local guides. In fact, the Gran Sasso Festival formula envisages involving all the tour operators in the area in carrying out the activities and events, a way to create synergy and, at the same time, offer the visitors an engaging and sincere experience. During the many days of the Festival there will also be theatrical performances, games and small gallops for the little ones, live music, carriage rides, night tours and electric bike tours.