We continue our search for filming locations of “Run, Man, Run”. After accidentally stumbling onto the firing squad, Cuchillo mounts his horse and rides out of the village across the desert prairie and into his home village where he encounters his wife Dolores whom he hugs but she slaps him and tells him he’s been away for six months. After bickering for a moment they embrace and kiss. He tells her he has a gift for her. She asks if he bought it and he responds he never mentioned anything about buying it. 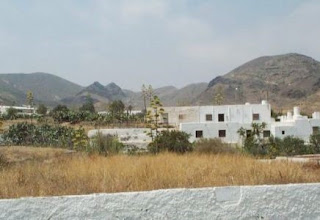 This scene was filmed at Cortijo del Cambronero, Nijar, Spain. 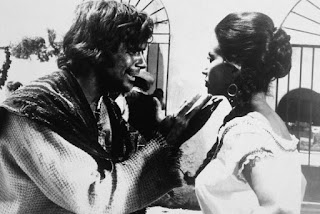