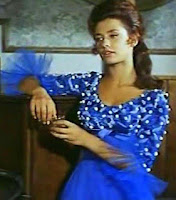 Italian TV entertainer Raffaella Carra died on July 5, 2021 in Rome, Italy. Trying to define Raffaella Carrà is really difficult. Because this multifaceted artist really did it all. Singer, dancer, actress, TV lady. Born Raffaella Maria Roberta Pelloni in Bologna, Italy on June 18, 1943, she grew up in Romagna. She grew up following the Musichiere, learning titles and refrains by heart. At the age of eight she left Romagna to attend the National Dance Academy of Rome, that of Jia Ruskaia. She is 14 when Ruskaia tells her that her ankles are too small and that going on like this, maybe at 28 she could have been a choreographer. Raffaella runs away and decides to try the way of cinema and enrolls in the Experimental Center of Cinematography. In 1960 she won a small part in "La lunga notte del '43" by Florestano Vancini. Three years later she shoots "I Compagni" and then "Celestina" with Carlo Lizzani. Then the American experience. With Frank Sinatra he starred in "Von Ryan’s Express". '' I was chosen from a lot of famous actresses who wanted to play alongside Frank. He was a great gentleman, but I didn't know his songs. I used to go to the juke-box and put the Beatles on. He was perplexed,'' she recalled. Hollywood doesn't drive her crazy. Raffaella appeared in one Euro-western as Carmela in 1962’s “Shadow of Zorro” starring Frank Latimore, Robert Hundar and Paul Piaget.
Posted by Tom B. at 8:31 AM