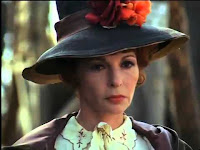 French actress Françoise Arnoul died in Paris, France on July 20, 2021 after a long illness. She was 90. Born Françoise Annette Marie Mathilde Gautsch in Constantine, France on June 3, 1931 she was the daughter of an artillery general and an actress, Arnoul spent her youth in Algeria. From the age of seven, she took classical dance lessons in Rabat. In the aftermath of the Second World War, she landed in France and enrolled in drama lessons with Andrée Bauer-Thérond (like Michel Piccoli and Anouk Aimée). An impresario noticed her and introduced her to Willy Rozier who is looking for a young girl to play the very undressed role of Perruche in “L’épave”. This performance made her a star, at only 18 years old. It also confirms her new status by continuing with a comedy by Jean Boyer, “We Will Go to Paris”. She was most notably famous for having played the dancer Nini in “French Cancan” by Jean Renoir. She appeared ad Cad Wilson and Sangerin in the 1975 Jack London TV series “Burning Daylight”.
Posted by Tom B. at 7:51 AM