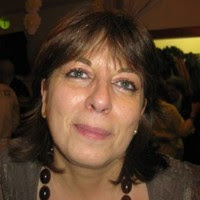 María Jesús Nieto is a dubbing director and an actress from Spain. She gave her voice to several characters in TV series and films. She is the daughter of director, voice actor and announcer Jesus Nieto Obejero and his wife actress Celia Honrubia. She is the sister of actress María del Mar Nieto.