Who Are Those Composers? ~ Paolo Vasile 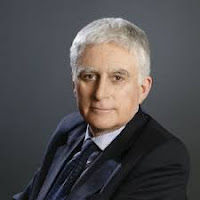 Paolo Vasile was born in Rome, Italy on June 23,1953, Vasile was the last of four siblings and son of producer, screenwriter, director, author and critic Turi Vasile and Silvana Gualdi. He studied Anthropology and worked as film producer for ten years.

An acquaintance of media tycoon Silvio Berlusconi since the early 1980s, Vasile switched from cinema to television, reportedly encouraged by his wife Ana Lisa. He became deputy director general of Mediaset and responsible for the production facilities of the company in Rome.

Berlusconi sent him to Spain in 1998 in order to get Telecinco back on track, becoming Berlusconi's right-hand man in Spain. After Vasile was appointed CEO of Gestevisión Telecinco (later Mediaset España) on March 30, 1999, Telecinco consolidated as the leading TV channel in Spain in terms of viewership. He led the company when it went public in 2004 and during the merging deal agreement with PRISA.