Voices of the Spaghetti Western ~ “White Fang and the Kid” 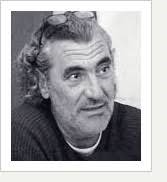 Renzo Stacchi was born in Rome, Italy on October 8, 1944. Stacchi is the official Italian voice of Tommy Lee Jones and Danny Glover. Stacchi has also been active as a dubbing director and he was the artistic director of Angriservices Edizioni for several years. More recently he has been involved in audio books