Voices of the Spaghetti Westerns ~ ‘Shango” 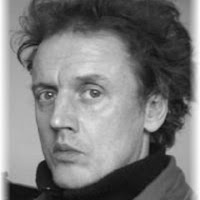