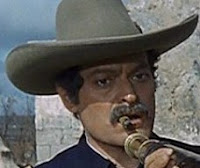 Italian theater, film, television, dubber and theater director Sergio Fantoni died April 17, 2020. He was 89. Fantoni. Born in Rome on August 7, 1930, he initially thought of becoming an engineer or architect but his passion for theater prevailed and he began to attend experimental theater companies until he created in the seventies, together with Luca Ronconi and his wife Valentina Fortunato, one of the first independent companies. First, however, there had been cinema since the late 1940s and then over time with directors of the caliber of Luchino Visconti (Senso), Francesco Maselli (I delfini, alongside Claudia Cardinale), Giuliano Montaldo (Sacco and Vanzetti), but also peplums like Esther and the King. In the 1960s he experienced a Hollywood parenthesis (which lasted three years, from 1963 to 1966) with appearances in films such as Mark Robson's Intrigue in Stockholm and Von Ryan’s Express alongside Frank Sinatra, and then What Did You Do in the War Daddy? by Blake Edwards. In the 1980s. He appeared in only one Euro-western: 1971’s Bad Man’s River as Colonel Enrique Fierro. He was also a voice dubber and was the Italian voice of Jesús Guzmán in The Good, the Bad and the Ugly (1966) and Van Johnson in 1969’s The Price of Power.
Posted by Tom B. at 5:03 PM