Shirley Douglas here remembered for doing the female voice on a Lee Van Cleef Spaghetti western which she later wrote about. 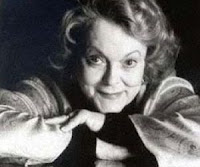 Ms. Douglas, who is best known for her work as an actress as much as she is known for her activism and advocacy, died on Sunday after complications with pneumonia. She was 86.

Douglas’s son, actor Kiefer Sutherland, took to Twitter to announce the unfortunate news. “Early this morning my mother, Shirley Douglas, passed away due to complications surrounding pneumonia (not related to Covid-19),” Sutherland wrote. “My mother was an extraordinary woman who led an extraordinary life. Sadly she had been battling for her health for quite some time and we, as a family, knew this day was coming. To any families who have lost loved ones unexpectedly to the coronavirus, my heart breaks for you. Please stay safe.” ...

Her father was born in Camelon, Falkirk, Scotland, and moved with his family to Canada in 1910, settling in Winnipeg, Manitoba. Her mother was born in Ottawa, Ontario, and had English, Scottish, and Irish ancestry.

Douglas's acting career began in 1950 with a role in the Regina Little Theatre entry at the Dominion Drama Festival, where she won the best actress award. In 1952 Shirley graduated from the Royal Academy of Dramatic Art in London and stayed in England for several years, performing for theatre and television, before returning to Canada in 1957.

Douglas moved to Los Angeles, California, in 1967 after marrying actor Donald Sutherland. She became involved in the American Civil Rights Movement, the campaign against the Vietnam War, and later on behalf of immigrants and women. She helped establish the fundraising group "Friends of the Black Panthers". 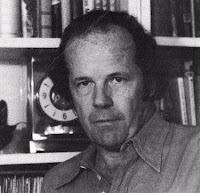 Mr. Gary Williams brought to my attention that in her biography of her famed father Ms. Douglas talks about her time as a student in Italy. She happens to mention there that while Donald was shooting a film (1965-67?) she did the female voice for an actress on a Lee Van Cleef spaghetti western, that she doesn't identify the title or time frame of. At that time Donald was acting in "The Castle of the Living Dead" aka 'Il castello dei morti vivi' (released 08/64) directed and written by Warren Kiefer which would place the couple in Italy in the spring of 1964. At that time the term Euro Western was used to identify a spaghetti western (a later term used after 1968).

Did the future couple first met in Italy?

Considering her then future husband/husband struck up a friendship during "Castle" with American writer Warren Kiefer, that the happy couple named their son Kiefer (December, 1966) after him, one might assume that the western would be "Beyond the Law", that Warren wrote and produced. "Beyond the Law" was shot in November, 1967, and released in Italy on April 10, 1968. Going through the list of films Donald Sutherland acted in those years none of them appear to have lensed in Italy, unless Ms. Douglas meant he was in England, and she was still in Italy studying. Most likely the film was "Beyond the Law" due to Waren Kiefer. Ms. Douglas, a trained stage actress, would have had an open invitation to work on the film as a thank you. Warren as producer had the clout and would have still been excited to have a godson named after him. In an interview Mr. Kiefer claimed to have written (English dialogue?) for four Lee Van Cleef westerns. This might be true. Lots of foreign script writers went paid, but not credited due to union and government rules. As "Beyond the Law was be prepared Warren would have been in and out of Sancro Film's offices as their two previous westerns "Death Rides a Horse" (lensed January, 1967) & "Day of Anger" (May, 1967) were being readied for English dubbing. He may have done uncredited work on both the earlier Sancro films as a trial run to "Beyond". This would account for three of his claimed Van Cleef westerns credits.

Perhaps we'll never know which western Ms. Douglas worked on, but we know she did at least one.