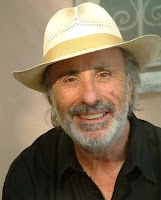 The actor Goffredo Matassi died today in Rome. During his career he had voiced Morgan Freeman's caliber actors in "The Ruthless", Paul Brooke in "Bridget Jones Diary", Donnelly Rhodes in "Tron Legacy" and David Bradley in "Harry Potter and the Half-Blood Prince" and "Harry Potter and the Gifts of Death Part II". On TV Eddie Jones as Jones as Jonathan Kent in the first season of "Lois & Clark - The New Adventures of Superman" and Peter Vaughan in those of Master Aemon in "The Thrones". He was the voice of Droopy in the series "Droopy Chief Detective" and Amphitrion in the Disney movie "Hercules". Among his latest works were the dubbing of Dr. Teeth in "The Muppet" and "Muppets 2-Wanted". Matassi was also a film actor and appeared in two Euro-westerns: “The Hills Run Red” (1966) as a croupier and “Pray and Kill” (1967) as a gambler.
Posted by Tom B. at 12:07 PM