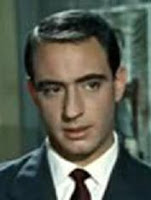 Simón Ramírez Fernández was born in Alcázar de San Juan, Ciudad Real, Spain on August 27, 1932. He started in his profession through radio, debuting in 1954 with the dub of Byron Haskin’s War of the Worlds. He is best known for dubbing Sean Connery in the first five James Bond films. Among his extensive acting dubbing career, he also lent his deep and velvety voice to Dennis Weaver in Duel and Robert De Niro in Sergio Leone's great classic Once Upon a Time in America , Robert Redford in The Great Gatsby, Richard Attenborough in The Great Gatsby and James Stewart in Anatomy of a Murder, among the other actors he dubbed were Henry Fonda, Kirk Douglas, Paul Newman, Gary Cooper, Gregory Peck, Peter Sellers, Tony Curtis, Cary Grant and William Holden

Ramírez was also a film actor on various occasions, appearing in Spanish film titles from the 1960s, such as Historias de la Televisión and Tres de la Cruz Roja, and ogether with José Luis López Vázquez in Mas bonita que ni. He also starred in animated series like Los trotamúsicos, dubbing the evil Chef, and in Sesame Street doubling the Evil Chef Blas.

He was married to Marta Ariza and was the father of two children Marta Ramírez Ariza and Javier San Sebastián. Simón Ramírez died in Madrid, Spain on October 25, 1995, at the age of 63, following a heart attack. With his disappearance, Spain lost one of the great and most versatile voices of dubbing.