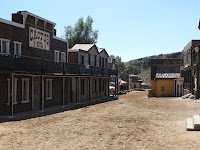 The Grand Canary Islands off the southern coast of Spain has been used as a location for films since the filming of “Allied” in 1942. Sioux City, sits in Cañon del Aguila, San Agustín, Grand Canary Islands, Spain Don Alejandro del Castillo, who owned the land, made a deal with 20th Century Fox who used American designers to plan the area and a western set built in 1971 and used for the filming of “Take a Hard Ride”. Another western filmed in the Grand Canaries was 1964’s “The Last Ride to Santa Cruz” and also the 1985  German film “Die Einsteiger” about a man who invents a machine which allows him and his roommate to actually transfer him into the movie he is currently watching on his video tape recorder. Part of this film has the pair participating in a western film which used the Sioux City set. Today it is a tourist attraction and theme park. 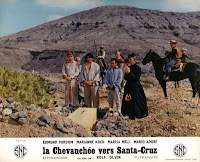 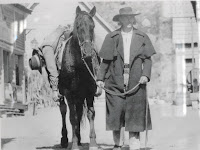