Who Are Those Composers? ~ Pierre Peret 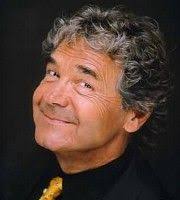 Pierre Peret was born in Castelsarrasin, Tarn-et-Garonne, France on July 9, 1934. He spent a good part of his childhood in the café which his parents owned, where he learned to work with jargon and slang. At the age of 14 he signed up at the Conservatoire de Musique de Toulouse and at a dramatic arts institute. Sadly he wasn't admitted to the Conservatoire National Supérieur de Musique et de Danse de Paris because he had some problems with the military justice system during his military service. In the meantime, he set up his first band of four musicians under his own name, with whom he played at events throughout the region. In 1957, he was signed by Eddie Barclay. It was in the studio of Barclay where he met his future wife, Simone Mazaltarim.

In 1958, Perret toured Parisian cabaret bars and crossed France and Africa as part of the American group, The Platters. In November of that year, pleurisy forced him to take two years off and he was treated in a sanatorium.

A master of the subtleties of the French language and French slang (he even rewrote some of Jean de La Fontaine's fables), his songs are often cheeky (for example Le zizi (The Willy)), asking questions in a seemingly naive child's tone, but he has written more serious political songs, such as La bête est revenue, La petite kurde, Vert de Colère and Lily.
His lone Euro-western score was for the French comedy “Judge Roy Bean” staring Robert Hossein