Who Are Those Composers? ~ Daniel J. White 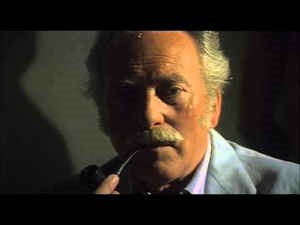 Daniel Jerome Auguste White was born in Malakoff, France on May 22, 1912. His ancestors were Scottish, and he grew up in West Yorkshire. His family moved to Paris when he was still young, and he was initially supposed to enter the family textile business. After the company went bankrupt, White decided to pursue his initial desire to make music.

During World War II he worked as an interpreter in the British Army and was seriously injured during the evacuation of Dunkirk. After the war, he played the piano in nightclubs and cabarets. He composed the soundtrack for his first film in 1947. He went on to write jingles for many 1950s TV commercials shown on UK TV.

White composed soundtracks for many films directed by the prolific B film maker author Jesus Franco. He began with “Le Sadique” (1962). He also made scores for films directed by Pierre Chevalier, León Klimovsky and Lucen Hustaix. In addition, Daniel White has recorded a significant number of albums under many pseudonyms, including albums for Comedy Records under the name "Émile Doryphore" and rock records like "Guy Forlane".

An extremely prolific musician, Daniel White was known for his ability to record 12 tracks for one album, in a single day. His favorite composers were Debussy and Ravel. White was particularly interested in composition for the human voice. Besides writing soundtracks for Jesus Franco, White also starred in a handful of the latter's films, often in police inspector roles, and was a production assistant on a few films by the same director in the early years of 1970.