“The western is not only by watching movies; it is a style of living "

The interview with Andrés Macho, director and screenwriter. An Almerian passionate about cinema and in love with his native land 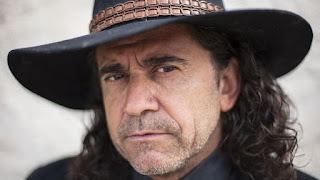 The feature film Blessing - Sangre y nacar”, by Andrés Macho from Benadu, is in the final stretch of the shoot. It is his latest work, a western film made in the province of Almería and with María del Mar Terriza Requena (Terry) as one of the main protagonists. Western cinema is something that has always come to him, he has even set up a small Mexican-style set on his own plot of land (where he lives with his wife and several dogs), which he has called Rancho Majuelo, a filming set that he offers free of charge to those people from Almeria from the world of cinema who want to use it. Some call him "Cowboy", others "Blessing" - because of his priest attire - and also "Captain" - because of his Confederate captain's attire. Without any doubt we are facing one of the most active film directors and scriptwriters in the province. You don't finish a project when you're already starting a new one. The western genre is his passion, he lives only for it.

–Andrés, tell me a little about yourself. How old are you and what studies do you have? -I'm 50 years old. I did basic studies –How did you get into the world of cinema? –Through my friend José Enrique Martínez Moya, a great researcher of Almeria cinema –Within cinema, what profession or different professions do you exercise? - I am a screenwriter and film director, although sometimes I also act as an actor and a helper - Why do you dedicate yourself to this? -Because it is my passion. The western world is not just watching movies and shooting, it is a way of life - and how are you doing? –It is very gratifying, although I do not live by this professionally –Children? Family? Woman? –Two children of 23 and 20 years of my previous marriage, who live with me with my current wife –Where did you learn to interpret? And to direct? - When I was very little in school, I already acted in theaters. As for directing, I suppose  I had it already inside him as well. It was easy because I work with fantastic people who support me and "let themselves go" - Where and in what western-style film sets have you done your work? - I have filmed in the three towns of Tabernas. Also, in many places and sets that have nothing to do with the usual genuine sets, even in my own home I have a western film set –What did you do before? –I was a waiter in a fifty-year-old family bar, the Salón de Benahadux bar- Do you have a family member who has dedicated himself to this? –No –Is your private life related to your work? –Yes, as I said before, my house is a set; but also, a set, which I have called Rancho Majuelo. In it, free shootings are made, it is available for those people from Almería who want to promote the western world and do not have a budget. People often come and go here; they all pass the house. My family is used to it. 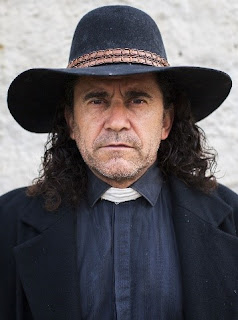