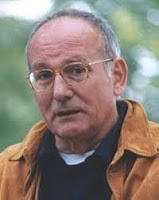 RIP Mario Camus. Spanish film director and writer Mario Camus Garcia died in his home town of Santander, Spain after a long illness on September 17, 2021. He was 86. Born in Santander on April 21, 1935 he He studied Law and later at the Official Film School. He belongs to the generation of New Spanish Cinema of which, among others, Carlos Saura , Basilio Martín Patino, José Luis Borau , Julio Diamante , Miguel Picazo and Manuel Summers are part of.

Winner of the Golden Bear at the Berlin Film Festival in 1983 for “The Beehive”. In 1984, at the Cannes International Film Festival, he won the special mention of the ecumenical jury for “Los santos inocentes”, one of the Spanish films best known to viewers. For these two films, he gains great recognition as a filmmaker, both internationally and nationally.

His work in television series is equally notable, with very popular hits in the 1970s.