During the height of the Trinity/Three Musketeers & Kung Fu crazy of the early seventies Variety Newspaper ran a number of items mentioning the mash-up 'Trinity & the Three Musketeers'. The filmmakers and audiences alike didn't have to worry that they never could have ever met, being centuries apart. It didn't matter.
The Italian production house was listed as Cinitalia Films. This was their only credit at the IMDB. Variety ran the info from January till March, 1972. 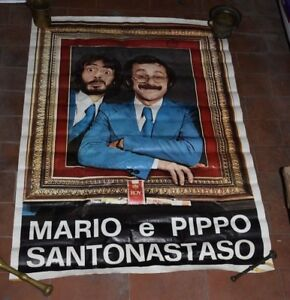 Whether the film was a western or a sword'n'cape era 'spaghetti', similar to the later Dean Reed medieval western "The Four Ragamuffins" aka "Sotto a chi tocca!" (October, 24 1972), which would also co-star Jordan, remains unknown.

It's doubtful that Jordan would have told, that film's director, Frank Kramer, about his other medieval western.

Even though Variety ran 'Sword and Shield' (January 3) & 'Trinity Meets the Three Musketeers' (March 21) as separate entries, it would be more likely that they were the same film. They shared the same producer, same director, same production period. All in all, the items appeared within their pages in early 1972. Indicating that it may not have gone any further toward fruitarian.

Actor Jordan next made the Shaw Bros. comedy "Super Stooges Vs the Wonder Women" (April 11, 1974), for Alfonso Brescia.
The Santonastaso Brothers, a sort of Smothers Brothers - Italian Style, never really achieved cinematic stardom. Their cinematic leap to the big screen didn't happen until 1976.

Soon after these items had appeared The Three Musketeers finally did arrive in the West in the form of Bruno Corbucci's "The Three Musketeers of the West'' aka "Tutti per uno botte per tutti" (1973), which translates as 'All for One, Punches for All'. That pretty much summoned up the mood of the day. Karate, fists, and beans!

Michael Ferguson
Posted by Tom B. at 5:04 AM