Voices of the Spaghetti Western ~ “Cjamango” 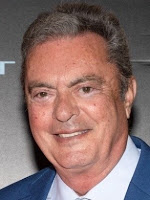 Manolo Garcia was born Manuel García Colas on September 17, 1942 in Barcelona, Spain. While living in Barcelona he became one of the cast of the National Radio of Spain. By the age of 27 he developed asthma and married to voice actress Renata Merino with two children he was forced to move to Madrid. He remained in Madrid from 1968 until 1981. He was the Spanish voice of such actors as Robert Redford, Kevin Costner, Kevin Kline, Bill Murray, Jeff Bridges, Cristopher Walken, Warren Beatty, Michael Keaton, Jeremy Irons, Mel Gibson, Alec Baldwin. Manolo died on April 24, 2004.