‘Django & Django’ Review: Quentin Tarantino Is the Star and Should Have Been the Director

A documentary about spaghetti Western director Sergio Corbucci benefits greatly from Tarantino's presence, but not much else. 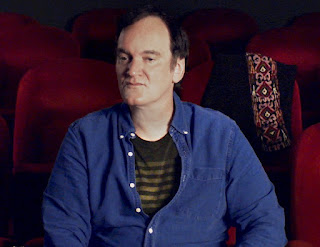 Sergio Corbucci, described by Quentin Tarantino in “Once Upon a Time in Hollywood” as the second-best director of Italian westerns, sure knew how to end a movie. He could serve up thrillingly bloody catharsis in the original “Django,” his 1966 breakout that proved the global commercial viability of spaghetti westerns extended beyond the films of Sergio Leone (it should go without saying, the best director of Italian westerns). He could do an operatically sprawling three-way shootout on Leone’s level, as with the ending of “The Mercenary.” He could end his films with a punchline, like the comedic Mexican Revolution tale “Compañeros.” Or he could serve up the most grim, depressing denouement you’ve ever seen for any “hero’s journey” tale, like he did with the “The Great Silence.”

But knowing how to end a movie is not a skill demonstrated in “Django & Django,” a new documentary about the spaghetti auteur by Luca Rea at its best when Quentin Tarantino gives his own extensive thoughts about Corbucci — including a one-man performance of a deleted scene from “Once Upon a Time in Hollywood.” Tarantino, sitting and facing the camera in this talking-head driven doc that attempts no Corbucci-style visual panache of its own, acts out a scene that he’s recently said will be the second act of a “Once Upon a Time in Hollywood” stage play he hopes to mount.

In the doc’s version of the scene, brought to life with some fun paintings, Tarantino plays all the characters, as Rick Dalton sits down for dinner in Italy with his agent Marvin Schwarz and Corbucci, plus Corbucci’s wife, Nori. Dalton’s trying to get a cast in “Nebraska Jim,” a play on Corbucci’s real-life movie “Navajo Joe,” starring Burt Reynolds, whose acting experiences of the mid to late ’60s form much of the characterization of Dalton in the first place. (Bill’s “exit music” in “Kill Bill Vol. 2” also happens to be an Ennio Morricone theme from “Navajo Joe.”) Dalton immediately confuses Corbucci and Leone to the director’s face, of course.

The need to remove Corbucci from Leone’s shadow is clearly one Tarantino feels urgently. He brings passion and energy to his interview, which is so extensive he becomes the de facto narrator of the film. If Tarantino really does want to become a film critic, he makes one of his most compelling cases that he’s up to the job in “Django & Django.” In fact, it would have been better if there had been even more of him in the doc: the other interviewees, few in number to begin with, are less than compelling. The exception is the original Django himself, Franco Nero, who is now 79 and still shows signs of having been one of the most handsome men ever to appear on the big screen. Absent are spaghetti obsessives Alex Cox and Christopher Frayling, who could have provided valuable perspective on Corbucci’s work.

In fact, it’s a shame Tarantino didn’t just direct this documentary himself. He’d have been able to contextualize his comments better. He’d surely have found a way to end it better: There’s a lot to be said about Corbucci’s movies, and yet “Django & Django” runs out of steam around the hour mark of its 79-minute runtime. At that point, Rea decides to ditch the interviewees altogether for a disastrous, context-free unspooling of four and a half minutes’ worth of behind-the-scenes footage from the making of one of Corbucci’s more minor efforts, 1972’s “What Am I Doing in the Middle of the Revolution?” You have no idea what’s happening during the on-set antics, or any indication of why we should care. It’s the most shocking fizzle Tarantino’s ever been a part of, and you can only imagine he’d want to rescue this in some way.

At that point, “Django & Django” seems like less a film than a glorified Blu-ray extra. Why doesn’t “Django & Django” discuss his later career in non-spaghetti films? What brought him to direct something like (the title says it all) “I’m Getting a Yacht” from 1980? What were his last years like before his death a decade later? It’s a shame. Tarantino’s case is that being “the second-best director of Italian westerns” isn’t a slight, but an honor; after all, he says, there’s like a 50-way tie for the title of second-best-ever director of American westerns (after John Ford, who QT thinks isn’t really deserving of being number one).

And yet, anyone would get a thrill out of Tarantino’s one-man show of an opening monologue about his imagined meeting between Dalton and the director. That alone justifies firing up “Django & Django.” One imagines that if he alone had been interviewed for this, and had been its director, this could have become a Corbucci-centric parallel to Scorsese’s “My Voyage to Italy” documentary about midcentury Italian cinema. Instead the director of “The Great Silence” gets a film that’s a big whimper.