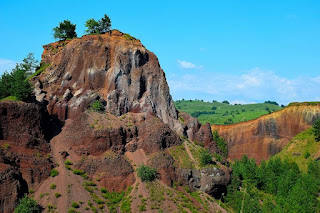 Belgian actor Matthias Schoenaerts, known for his roles in The Danish Girl, Bullhead, or Rust and Bone, has the title role of Django. Other lead roles are held by Noomi Rapace and Nicholas Pinnock.

The series is shot in the country until November 2021, in locations such as Racoș, north of Brașov, Dobrogea, and film studios in Bucharest. In the village of Racoș, the team of the series recreated New Babylon, a town of outcasts.

Django is a production of CANAL+ and Sky Studios by Cattleya (Italy), Atlantique Productions (France), in collaboration with Odeon Fiction, StudioCanal and Frame Film (Romania).

The first episodes will be directed by Francesca Comencini (Gomorrah the Series), who will also be the series’ artistic director. 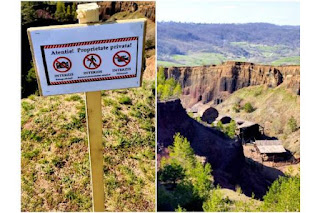 BUCHAREST: The TV series Django directed by Francesca Comencini and starring Matthias Schoenaerts starts shooting in Romania on 10 May 2021. The Sky TV and Canal + series is serviced in Romania by Frame Film.

The series will be shot mainly at the Racos volcano in Brasov county, a natural reservation 250 km north from Bucharest, which has been rented by Frame Film for shooting until 31 December 2021, according to the Romanian daily Libertatea.

The 10-episode series is produced by Italy’s Cattleya and France’s Atlantique.

Romania provides high incentives for shooting (35%), but the cash rebate scheme is not working properly. Despite the efforts of the Romanian producers, although officially re-launched in January 2020, when it was taken over by the Ministry of Economy, the cash rebate scheme didn't function in 2020, and at the end of 2020 most of the projects already shot since the scheme opened in 2018 were waiting for the rebate.