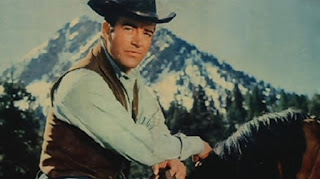 Last Wednesday, September 1, 2021 the Spanish actor Francisco Martínez Celeiro, better known by his stage name, George Martin, died at the age of 84 at his home in Miami. The fatal outcome occurred due to kidney failure caused by a stomach constipation, after in recent months his health had been suffering since he became infected with COVID-19, as his wife has kindly told us, Mercedes Piedra. Thus, we lose one of the most emblematic names of the golden age of Spanish and European cinema bis, in whose career he stands out as the only national actor who continuously played papal protagonists during the European Western fever.

Born in Barcelona in 1937, two events in his youth would mark his future professional career in the cinema. Of Galician descent on his mother's side, he spends summers in a family farm located in the province of Lugo where he learns to ride a horse with great ease. On the other hand, he began to practice gymnastics, becoming part of the team captained by the legendary Joaquín Blume, then European champion of the discipline. It seemed that his future was linked to sports, but an unexpected event would stand in his way. On April 29, 1959, Joaquín Blume and the rest of the Spanish gymnastics team died in a plane crash in the Serranía de Cuenca. A fate from which Francisco was able to escape when he found himself fulfilling his military service in Ceuta.

After finishing his military service, he returned to his native Barcelona and resumed his sports career. It is then that a friend made him a proposal that will be fundamental in his future. As he himself recalled: “A friend from the gym told me that some Italians had come to make a Western film and that they had told the director of the film about me. And it was like in a Burt Lancaster movie, they call him and he does a gymnastics show and it just blows everyone away. I went to see this Italian, who was very cool, and he asked me if I was a gymnast. I answered yes, and then he told me that I could be a  stuntman, that is to say, specialist. However, he told me that in Rome he had a specialist who knew how to do somersaults. So when I heard that from him, I did five somersaults in a row, landed on a table and jumped over him. He, scared, told me: “Stop, stop. You are going to make movies with me forever”. And that was the moment my life changed" [1] . 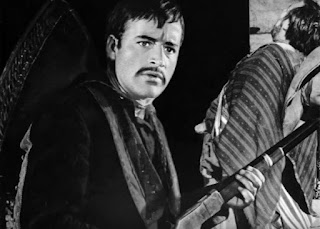 Although his first steps in the profession came as an action stuntman and horseman, his impressive stance and good looks mean that it wasn't long before he began to play more important roles. First, he does it in secondary roles, but the emergence experienced by the European western in the mid-sixties favors that in just a couple of years he already plays leading character les, thanks in large part to his physical qualities, to the point of being in charge in many of these works to coordinate the action due to the lack of habit of the Spanish directors to say their testimony. 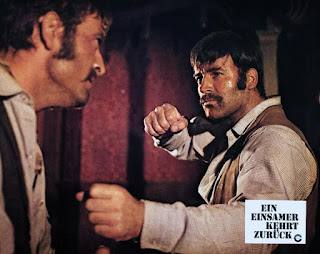 ["The Return of Clint the Loner"]

Already hidden behind the pseudonym George Martin, since, in his own words, "Paco Martínez did not work", he almost immediately became one of the most recurrent faces of this class of films. In this circumstance, his association with the Balcázar brothers is essential, becoming during those years the main star of the house, for which he stars in titles such as Sonora / Sartana non perdona (1968) or Clint, el solitar / Clint il solitaire (1967), perhaps one of the most emblematic titles of his career, which would also lead to a kind of sequel years later under the unmistakable title of The Return of Clint the Loner / Il ritorno di Clint il Solitaire(1972). But above the aforementioned films, within his career with the Balcázars, his participation in support functions in two of the main classics of the European western stands out, such as the two films by Duccio Tessari formed by A pistol for Ringo / A pistol per Ringo ( 1965) and The Return of Ringo / Il ritorno di Ringo (1965), in which he forges a close friendship with his leading actor, the great Giuliano Gemma. 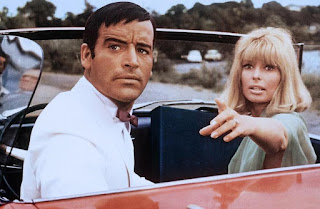 [Together with Vivi Bach in a scene from "Electra One"]

Of course, man does not live only for westerns, and the popularity achieved by our man during those years makes him dabble in other genres. Thus, for example, he stars in the thriller shot in 3D With death on his back / Con la morte alle spale / Typhon sur Hambourg (1967), gives life to the mythical Sherwood archer in The New Adventures of Robin of the Woods / Il magnifico Robin Hood (1970), or he ventures into science fiction cinema with The Island of Death / Das Geheimnis der Todesinsel (1967) or that of pirates with The Black Corsair / Il Corsaro Nero(1971), where he shares the limelight with Bud Spencer and Terence Hill shortly after the popular duo rose to stardom thanks to the unexpected and colossal success of They Call Me Trinity (Lo chiamavano Trinitá , 1970). However, among his works outside the Wild West, his participation in the globetrotting saga of "The Three Supermen" stands out, for which he stars in three installments in which his character, significantly, is called George like him, and that allows him to showcase his skills as a gymnast. 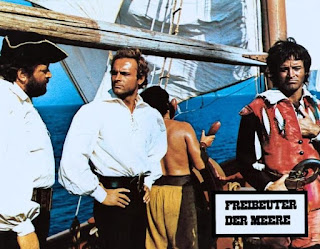 [George with Bud Spencer and Terence Hill in "The Black Corsair"]

In the late seventies, Francisco began to combine his acting jobs with those of director, producer and screenwriter, although this expansion of functions was not something he wanted, as he confessed: “I was forced to direct because twice the director got sick and I had to continue filming as a director. That is the explanation of why I started making films as a director. One of these cases was a movie called Diabolical Chill. (1972) with Patty Shepard, in which the director was José María Elorrieta. He was a great person, a great director and even today his children are friends of my children. But during the first week of filming, he fell ill and I had to direct it. In another of these films, on the other hand, it started with a director, but the guy didn't know anything, I got pissed off and I had to tell him that I was moving on”.

Be that as it may, coinciding with the decline of the golden age of European popular cinema, in the middle of that same decade he finally abandoned the profession both in front of and behind the cameras. Regarding the reasons that led him to make this decision, Francisco explained: “At that time I got married, I had two children and, of course, life changes, although at first I continued making films and took my children with me. For example, in Kiss Kiss… Bang Bang (Kiss Kiss… Bang Bang, 1966) we shot many things on the island of Mallorca and I rented an apartment there for my wife and children. But it was getting harder and harder to go to the filming with the kids and so on, and there came a time when I decided to stop. 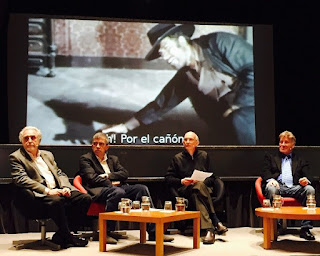 [Round table held for the fiftieth anniversary of the creation of "Espuglas City". From left Right: the cinematographic historians Rafael de España, Esteve Riambau, Salvador Juan i Babot and George Martin.]

After finishing his film career, Francisco would settle in Miami, where he became one of the main hotel businessmen in the city. However, his memory remained well present in the memory of the fans. This he was able to see in the first person in several of the tributes he received in Spain in recent years, such as the one that took place in Esplugues de Llobregat in 2015 —in memory of the 50 years since the creation of “Esplugas City”, a common setting. of his most popular westerns— and the one dedicated to him by the Almería Western Film Festival in 2017, where he was presented with his honorary “Tabernas de Cine” award. In the company of his old companion Salvatore Borgese, Francisco was able to receive the affection of the spectators for whom his figure was already those of a true legend,

[1] All the statements included in this text are extracted from "Interview with George Martín" from a server, published in La Abadía de Berzano on May 29, 2020 ( https://cerebrin.wordpress.com/2020/05 / 29 / interview-with-george-martin / )