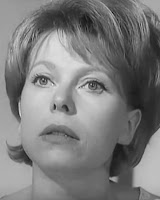 Margot Leonard-Schnell was born on October 2, 1927 as Margot Löbel in Chemnitz, Germany. For decades she was one of the most sought-after dubbing actresses, among others as a German standard voice for Marilyn Monroe and Brigitte Bardot. Margot Leonard received her first film role in early 1949 in ‘Man Does Not Play with Love”. In the 1950s she was a busy actress in film and in early television productions. In addition, she played in Berlin Theater. From the 1950s Leonard worked extensively in dubbing, which is why her appearances in film and television became increasingly rare. To a wider audience she is likely to be known mainly for her role as Elfriede Zerfass in the ARD series Moselbrück.Leonard was one of the most busy dubbing speakers for decades and was the German standard voice of several international stars. She was occupied for a decade – between 1952 and 1961 – as a congenial speaker of Marilyn Monroe and spoke for the actress, in among other things, classics such as blondes, “Some Like It Hot”, “7 Year Itch” and “How to Marry a Millionaire” Between 1955 and 1971 Leonard synchronized the French actress Brigitte Bardot in 15 films, such as in “Viva Maria!”. Between 1949 and 1966 Leonard was the voice in eleven films og Janet Leigh, including “Scaramouche”, “The Galante Marquis” and “Psycho”. Also regularly she spoke for Kim Novak, for example in “My Bride is Psychic” and “The Man with the Golden Arm”. In addition, she was the voice of numerous well-known colleagues such as Katharine Hepburn in “Leoparden”, Judy Garland in “The Wizard of Oz”, Grace Kelly in “High Noon”, Gina Lollobrigida, Vera Miles, Julie Harris, Glynis Johns, Mylène Demongeot, Natalie Wood, Carroll Baker, Diana Rigg. In addition, she was known for many radio drama productions.