Who Are Those Gals? ~ Valentina Cortese 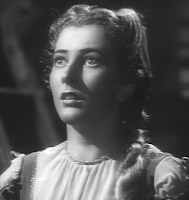 Valentina Cortese was born in Milan, Italy on January 1, 1923. In 1940,  into afamily from Stresa, Piedmont. Italy. She met conductor Victor de Sabata who was 31 years older than her and married and with children. She left high school to follow him to Rome and there she graduated from the Academy of Dramatic Art. They separated in 1948. Cortese married American actor Richard Basehart [1914-1984], her co-star in “The House on Telegraph Hill”, in 1951, and had a son with him, the actor Jackie Basehart (John Anthony Carmine Michael Basehart) [1951-2015]  they divorced in 1960. She never remarried. Cortese made her screen debut in Italian films in 1940, leading to her first internationally acclaimed roles in Riccardo Freda's 1948 Italian film “Les Misérables” with Gino Cervi and a very young Marcello Mastroianni, in which she played both Fantine and Cosette, and the 1949 British film “The Glass Mountain” (1949), which led to a number of roles in American films of the period, but continued to make films in Europe with such directors as Michelangelo Antonioni, Federico Fellini and François Truffau