Who Are Those Guys? - Rossano Brazzi 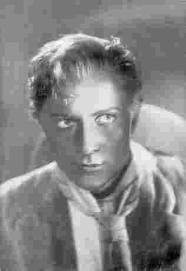 Rossano Brazzi was born on September 18, 1916 in Bologna, Emilia-Romagna, Italy. The actor and director is best remembered as the star of such American film classics as “South Pacific”, “Summertime” and “Three Coins In The Fountain”. What we don't always realize is just how truly international and extensive his career was. He was a hugely popular stage and screen actor in his native Italy for well over a decade before his first American film, considered at a very early age to be one of the best and brightest young stars of the Italian theater. He then astonished critics and public alike, at the age of twenty-four, with his electric film portrayal of a middle aged Edmund Kean in Dumas' “Kean”, and delivered a critically acclaimed and award-winning performance in the Italian film classic “Noi Vivi/Addio Kira” (We The Living/ Goodbye Kira) two years later. He starred in at least twenty-eight films before arriving in the United States in 1939 for his first film “Little Women”, among them “Tosca”, as Mario Cavaradossi, “I due Foscari” as the young Jacopo Foscari, “Una donna dell'ovest” (Girl of the Golden West), which was the first Italian western ever made, and the enormously popular “Aquila near” (Black Eagle) series. He made films in France, Germany, Brazil, Argentina, Spain and Great Britain. He also starred in several popular telenovelas and TV movies in Italy and at least two European (and one American) television series. In his 55-year career, he acted in (and/or directed) over 230 films, as well as maintaining a presence in Italy as an accomplished stage actor.

Rossano Brazzi died of a neural virus on December 24, 1994 in Rome, Lazio, Italy.