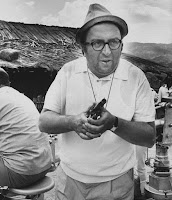 MILAN - After being grown first in the United States and then in Europe, Netflix, California-based company with a turnover of $ 5.5 billion offering video streaming services to 57.4 million global users, will arrive soon too in Italy. "We have received a proposal from Netflix, which should arrive in Italy in September-October 2015," says Andrea Leone, president and a.d. Lion Film Group. It is an agreement on several levels, writes MF, according to the collection obtained from the box office film. "We have the dual advantage of the visibility of the film, since we distribute blockbusters of American independent filmmakers and a business model that forecasts revenues on upfront rights (pre-sales), thus minimizing the risks" noted Leone. But there's more. In an industry where the traditional system of the window (ie 'of the various time windows for the exploitation of rights) is radically changing, the attention of the Leone Film Group, which last month won the auction for the distribution of the film Fury (featuring Brad Pitt plays the leading part) along with Lucky Red, you are shifting to the TV series, with the goal of two productions in 2015-2016. "We are undertaking a western series (Colt), with the intention of developing it at an international level, perhaps even with Netflix or Sky. My father Sergio’s: the story of a gun that passes from hand to hand to various characters and determine their fate "explains the CEO. The 2015-2017 strategic plan provides for the distribution of 30 films and the production of another 12, consolidating its relationships with partners Usa Lionsgate, The Westein Company, Red Granite Productions and Dreamworks.

[This is at least the 3rd time I’m aware of that Andrea Leone has tried to get this TV series produced and it has always failed to get the money to get the series into production. Let’s hope the 3rd time is the charm.]
Posted by Tom B. at 5:44 AM