A TV comeback at 75 years of age for the East German legend Gojko Mitic is back as Winnetou's father!

At more than 50 years from  his days of riding the range he feels as light as an eagle feather. 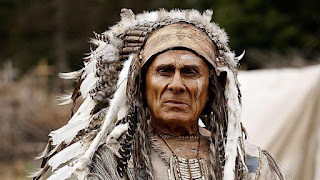 A photo looking much like a painting from days long gone in the Wild West ... Cult Indian Gojko Mitic (75) rides again! As Winnetou’s father "Intshu tshuna" he appeared for the RTL production of “Winnetou & Old Shatterhand” on the back of a Mustang. And still looks like a strong warrior!

53 years ago the German-Serbian actor had a small role in "Old Shatterhand", many larger Indian roles followed - especially in the DEFA productions (among others "The Sons of Great Bear") Mitic was a cult star. More than 50 million saw him in the GDR cinemas. 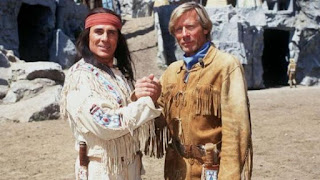 In the 1990s, he inherited the great "Winnetou" title from Pierre Brice at the Karl-May-Festspiele (Bad Segeberg). Today Mitic’s skin is caressed by the sun, but with almost no wrinkles.

About his comeback at 75 he said to BILD: “The shoot was incredible. I’m happy, the riding is still not difficult for me. I'm still at a young age and not an old boy.”

He had praise for the young guns on the set such as director Philipp Stölzl (47): "With him, I quickly found a common language. He knew exactly what he wanted. The colleagues were more than nice. It was as if we had smoked together in advance a peace pipe."