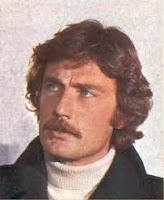 Submitted by Michael Ferguson
From the Giampaolo Blog Spot

Vittorio Richelmy -
Many years ago when I was about seven or eight years and I lived by the maternal grandmother, I got a picture story and saw a distinguished gentleman a little mischievous, very clear eyed impressed me very much and told Grandma: "are the same as those of Papa" and at that time I discovered Rik Helmut, an actor Launch kissing the beautiful Michelle Roc (which I identified with my mom because of blond hair). It gave me the feeling of a sailor used to "spoil" women with kisses and false promises (perhaps because of a Jersey he wore sailor type but the sea, I discovered later, really was his passion).

This man with icy eyes but from the bright smile called Snooky Rafael, and with a diminutive Northern (also for its Teutonic) took the stage name as an actor: Rik Helmut, who with Gerry Ross in those last years my favorite actors and 60 became one I admired very much.

Victor was born in Turin on July 20, 1941, sportsman, is up 1.82 and describes itself as well as the demand from me is married: "HAPPILY FROM 44 YEARS with two children."

His frankness and willingness prompts me to start with the most obvious question for a very representative in view of our beloved toss: 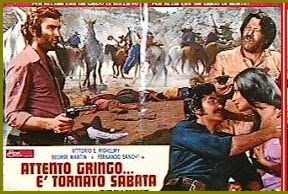 GD: When did you start working at launch and how did the thing. Vittorio begins telling his story:

VR: "randomly" in 1965, I arrived in Rome and I confess that I did to get away from the casinos (Casino I wonder?) and Torino the city where I lived was fairly close (Saint Vincent's to 80 km). The giovanisisma age and youthful at the time made me have to say ... an attraction for the game and in the end I found myself having to search for a job.

The great Italian silent film actress Caterina Boratto, talented and my mother's first cousin, at that time he was shooting a picture story with Dream (which at that time was owned by Rizzoli), introduced me to the Director of the publishing house, my physique and face made a good impression and also paid big money for a young man like me, so I said yes for that job and I attended a picture story that also didn't miss what it was truly, not having ever read ...

When I stepped out on the covers, I was called by other publishers as well as the launching, in the meantime I did enact some movie definitely not first series:

"Red roses" for the Fuhrer of 1967, with a great actress, unfortunately disappeared too early: with Anna Maria Pier Angeli (note to America under the name Pier Angeli).

Then "36 hours in hell" of 1969 with two other actors who worked on the launch: Rodolfo Valadier and Alain Gerard. After "Careful Gringo, returned the white 1972," Ten Sabata killed by a little Indian "(1974 and finally" the guns Thunder still "of 1975. 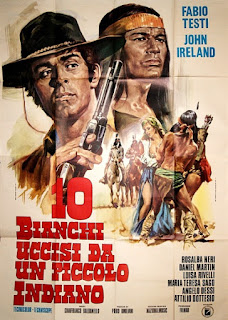 When I stopped to launch, soap operas were filmed so many in my career of forty years: 346 as an actor whose only 16 starring and stating they were 14 in the great Jacques Douglas (became the boyfriend of Ella, after the death of Jacques Douglas) and 2 in photo novella.

Though I must confess that the craft as an actor I didn't like, then in 1972, with the sponsorship of Paola Picts who was like a sister to me, with the Director of the launch, I started with the Director and after more or less 1500 jobs as a Director, I stopped in 2004.

A curious fact that I remember often is this: in the first picture story played with dream, I was a World War II German officer, the exteriors were shot on the first day in a street in the historical center of Kitchener, a short distance from Rome, near an old farmhouse. Twenty years later, by accident, that the farmhouse became the House where I lived with my family, for more than twenty years. Then with my wife, we decided to sell everything and buy a boat that is now my current House and live permanently, when we're traveling, in Monastir in Tunisia.

GD: I try to ask him: what do you expect from this job and how you were the first time and what you hoped in the future in this business.

VR: as I mentioned before, I have never liked acting, in contrast with the direction I felt at ease perfectly. For the future ... Well when the highly successful story began to decline, because in my opinion, of telenovelas, then of fiction and TV series on television, I advised the Publisher to pass us at the show. "Times are changing and the picture story inevitably will die" I said but I didn't listen and the glorious and the largest global publisher of picture stories, a few years after she disappeared. 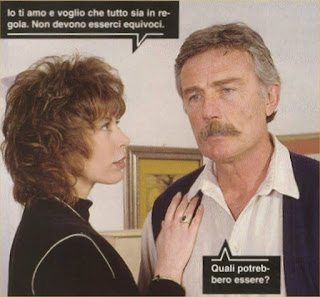 GD: Before you talk about a beautiful and fraternal friendship with Paola Pitti, I stop to ask you this question: your relationships with colleagues, actors, staff and maybe if there's any anecdote (where you feel free to speak of) as were ?:

VR: Relationships with colleagues were basically good, with the actors and actresses serious and well punctual, with others I got a bit angry a lot also because this work had to be taken seriously. As for the production relations it was often difficult (on the other side with the right ideas, I with my left - their romantic Juventus and I take full advantage of), but there was great mutual esteem and respect and then forty years together they have meant something no?

GD: Not too satisfied by the response, (I wanted something more precise ... Ah gossip), I insist. With whom you found yourself more comfortable, an actress and an actor, without detracting from the others and what were your works your love and possibly also elsewhere.

VR: As I said before I was fine with the prompt and professional interpreters, while for the best film I ever shot was "The Colors of the Day and Night" and "Anael Will Live" (they have obviously been among the best rated remembering the stories and the magnificent covers). Of the of others, the most beautiful were filmed by Paolo Brunetti and Nando del Marro.

GD: Directors, which I guess for you it was a very important opportunity, from your previous answers, from whom did you learn and what you've always given as a director, to the public and to launch ?:

VR: I taught myself, I think I have given to the public works aesthetically valid and very graphically, the stories could not intervene, we were given a script to realize that we could not change ever. To Launch think I've donated professional, honest and above all ability to save on production costs.

GD: If you allow me, I would spend even some reference to your private life (obvious things you can say and that many already know the type, if you are married, you are a father, grandfather, hobbies, what you like to do more) here you have complete carte blanche to decide what you want to say:

VR: I am married for many years, have two children Veronica and Manuel, are Matthias grandfather who has three years as all grandparents find it beautiful (and it is certainly what I think). Then forty years of racing, my favorite sport on many different boats and between them prefer catamarans modestly where I won five Italian championships (two of them with my wife) and a seventh place at the World back in 1986. Now I live in Tunisia with my wife in a 12-meter sailing boat (which I envy), and if it will be of interest to fish news, I have a blog that I confess, I do not update because of laziness more than three years:
http://vittoriorichelmy.blogspot.com/

Here I regret that the interview with Vittorio's over because it is always pleasant, discover interesting and even private matters, of characters who have been loved and have given a great deal to "our Launch", our dreams, what about? Thanks to this "wolf but not so much of the sea" I imagine lying on his boat under a hot sun and the blue of the boundless sea is the backdrop to his happiness.
The photos published below are taken from roles during his career, and the covers are those of some of its highly successful works.