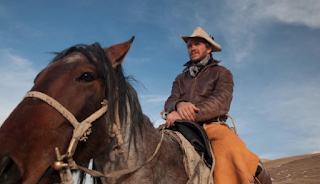 Story: A Cowboy's Creed is a documentary film that follows Broadway actor and cowboy Creed Garnick from his home in Wyoming, to the concrete jungles of Manhattan and a journey to a rodeo in hills of Kyrgyzstan- as Creed intertwines with the cowboy culture connecting with other cowboys from around the world.