This was original story belonged to Goodman/Lee  in the U.S. as “Showdown at Snake River” published by Horowitz Publications. The illustrator was George Klein. The comic was also published in Australia with a similar cover. The mystery is that the comic book was never released in the U.S. so was it published for the foreign market? 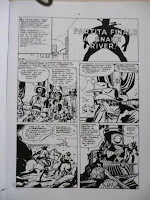 The same story was printed in strip form, with two panels per page, published in 1962 in Collana della Prateria #6—Pericolo!. 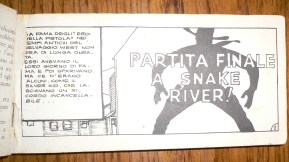