Cast:
Nori Corbucci – herself
Ruggero Deodato - himself
Nicoletta Machiavelli – herself

This is a short documentary on the making of “Navajo Joe”.

Released in Germany on May 29, 2009, this documentary is included as an extra on the KOCH DVD release of Navajo Joe. 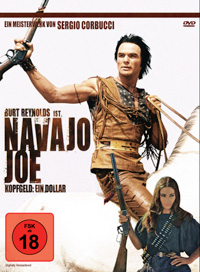