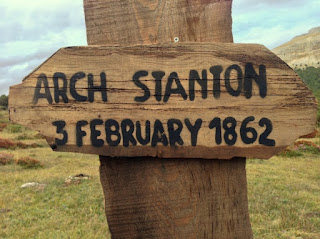 In “The Good, the Bad and the Ugly” (1965) Tuco uncovers the grave of Arch Stanton and finds a skeleton in the coffin not the promised $200,000 he, Blonde and Angel Eyes have been looking for. Leone couldn’t get a prop skeleton to look the way he wanted it to look on film. He said he wish they could get a real skeleton, so set decorator Carlo Leva found out that a lady in Madrid had a real skeleton for hire. It was her mother's (who in life had been an actress) skeleton and before she died, she expressed the wish that her skeleton should be used in movies, so that her acting career could continue after death. Leva rented the skeleton and it is her real skeleton you see in the grave of Arch Stanton. 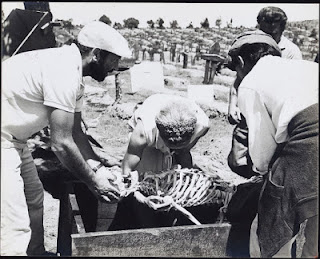