Back to Hell - English title 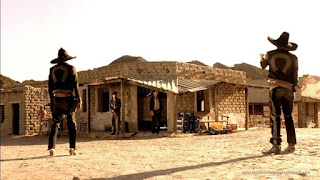 "Back to Hell" is an informative and rather tongue-in-cheek look back at the cast, what shooting the film was like according to them and where they are now. It features a number of funny, snarky, and memorably insincere anecdotes, as when Zander Schloss complains about being kicked around throughout the shoot or when two actors recall how their peers complained bitterly that they didn't get any of the mountains of cocaine clueless film reviewers erroneously insisted were being passed around on set. Alex Cox and Dick Rude throw together a characteristically smart and essential audio commentary track. Cox talks about the film's production history in such great detail that he often makes you wish the film he were talking over were as good as the one he's describing.

The documentary can be found on the DVD “Straight to Hell Returns” as an extra. Released December 14, 2010. 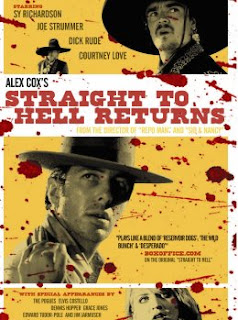