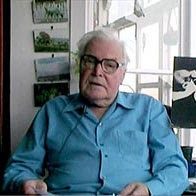 British producer, director, actor Leonard White died in earlier this month in Seaford, East Sussex, England. He was 99. Born on November 5, 1916 in Newhaven, Sussex, England. Leonard was well known for his brilliant work in television as a producer, working on many episodes of such series as ‘Police Surgeon’, ‘Out of This World’ and ‘Armchair Theatre’. He will however be best remembered for his work as co-creator of ‘The Avengers’. White directed two episodes of the Euro-western TV series ‘The Campbells’ in 1986.
Posted by Tom B. at 6:05 PM