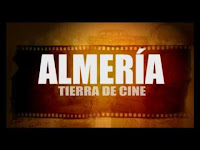 With very different locations, Almería is the only province in Spain that can boast of having been the stage for more than 500 films over six decades.  Wild landscapes and desert areas, such as taverns, mountains with lush vegetation, coasts, cliffs and the pristine beaches of Cabo de Gata - Nijar.  There are not many Spanish provinces that can boast such a varied terrain and, at the same time as strong a contrast.  That's what made Almería one of the major film production centers in the world.  Spanish films soon gave way to the filming of European and American films, which brought out to the biggest stars of the international scene, while tourism became one of the great centers of wealth and development of the whole province.  Westerns, the command of director Sergio Leone, marked a milestone, but the area would not only focus on one genre and knew how to "sell" their charms to directors and actors who worked other films to get the capital Zoas as the Alcazaba was transformed to film Indiana Jones and the Last Crusade, at the request of Steven Spielberg, or that the Rambla de Tabernas for the battle of the Guettar in Patton.