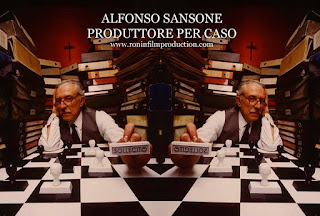 After World War II, Alfonso Sansone (1924-2015) starts to produce documentary films with his brother Agostino and moves from Palermo to Rome, the city of film. Thanks to Citto Maselli, he comes into contact with Henryk Chroscicki (1919-2000), an Australian young man of Polish origin, who is in Rome to attend the Experimental Cinematography Centre. Henryk and Alfonso become friends and start dreaming of the films they would like to make. They set up the ATC company through which they rent out film equipment to production companies and in France they buy the license to create the anamorphic lens renamed Totalscope. Afterwards, they become producers and establish the Sancro Film production company, whose name is an acronym for their surnames: Sansone and Chroscicki. Their production company ensures the success of numerous directors such as the Taviani brothers and Marco Ferreri. After the film El Cochecito (The Little Coach), they start a fruitful collaboration with Ferreri. Sancro Film also produces western films by involving Hollywood stars like Telly Savalas, James Coburn, John Phillip Law and Lee Van Cleef. Alfonso and Henryk become two well-known producers; they work with Rizzoli, Lombardo, Ponti, Levine and many others. Proving after the hard times, with hard work and dreams there come prosperous times.