Who Are Those Composers ~ Riz Ortolani 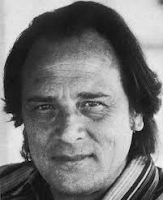 Rizziero ‘Riz’ Ortolani was born on March 25, 1926 in Pesaro, Italy. He was the youngest of six children. Ortolani's father, a postal worker, gave his son a violin at age 4. Ortolani later switched to flute after injuring his elbow in a car accident. He studied at the Conservatorio Statale di Musica "Gioachino Rossini" in his hometown of Pesaro before moving to Rome in 1948 and finding work with the RAI orchestra. Though the chronology is unclear, he also likely served as a musician in the Italian Air Force orchestra, formed a Jazz ensemble, and came to the United States as a Jazz musician in Hollywood, all before scoring his first film.

In the early 1950s, Ortolani was founder and member of a well-known Italian jazz band. One of his early film scores was for Paolo Cavara and Gualtiero Jacopetti's 1962 pseudo-documentary “Mondo Cane”, whose main title-song More earned him a Grammy and was also nominated for an Oscar as Best Song. The success of the soundtrack of Mondo Cane led Ortolani to score films in England and the United States such as “The Yellow Rolls-Royce” (1964), “The Spy with a Cold Nose” (1966), “The Biggest Bundle of Them All” (1968) and “Buona Sera, Mrs. Campbell” (1968). He also scored the 1972 film “The Valachi Papers”, directed by Terence Young and starring Charles Bronson.

In 2013, Riz Ortolani was awarded the Lifetime Achievement Award from the World Soundtrack Academy.