Sergio Leone’s casting of “Once Upon a Time in the West” was a bit different than what would show up for the actual filming of the movie. The main stars were set but the supporting cast had two actors replaced; Robert Hossein was to play the role of the proprietor/bartender at the Monument Valley way station. He was replaced by Lionel Stander. The other change was Robert Ryan was to play the sheriff of Flagstone but took the role of Zeke Thornton in the “Wild Bunch” and was replaced by Keenan Wynn. 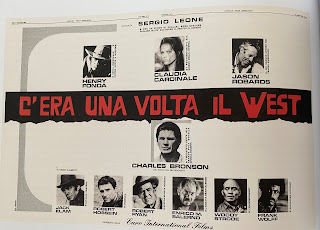