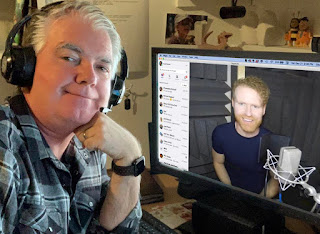 Manhattan Beach's David Schaub was nominated for an Academy Award for his visual effects work on Tim Burton's “Alice in Wonderland” in 2011, was an animation supervisor for the “Spider-Man” reboot in 2012 starring Andrew Garfield and was head of animation on Sony Picture's “Surf's Up,” which was nominated for Best Animated Feature Film at the 2008 Oscars.

Schaub and Roger Vizard, who was on the animating team of “Surf''s Up,” decided they wanted to work together on a project. But they felt that when a script was done, it “sat there as a pile of paper.”

“Scripts are a dime a dozen anymore,” Schaub said. “There's nothing special about anyone writing a script because it's going to sit on some gatekeeper's desk waiting to be read.”

So, the two created “Spirits of the Western Wild,” as an audio drama that is part spaghetti western, part "The Twilight Zone."

The project began with Vizard's drawings and character sketches, said Schaub who described it as a "buddy film" about a young cowboy and a crotchety old ghost who refuses to believe he is dead.

“All along the intention was to get it into a form that was easy for people to digest,” Schaub said of the script.

“The western is a backdrop of this deeper story without all of the modern distractions... it's a buddy movie between the ghost and Luther,” said Schaub, adding he and Vizard are both fans of the spaghetti westerns, and they added elements of the supernatural to their tale. 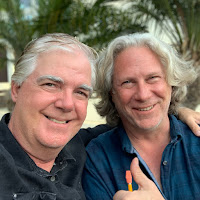 When Vizard moved onto to another job in animation, Schaub devised the plan to turn the script into an audio drama. The idea was busy producers could listen to the audio story on their commutes instead of the “dread” of picking up a script and reading it.

Since it wasn't feasible to raise money to actually turn the story into an animated film, Schaub said an audio drama was a good option.

“Since I was looking for something to direct, I figured I could certainly produce an audio drama,” Schaub said. “It was also a great opportunity to demonstrate my directing chops with actors, bringing the story to life in a way that the written page alone could never achieve. Call it a 'movie for your ears.'”

The building blocks for “Spirits of the Western Wild” were character designs and storyboards as well as Instagram posts of his Schaub's production diary at instagram.com/moviemethods/.

For the audio drama, which is available on audible.com and as an illustrated Kindle book, Schaub hired voice actors, who recorded their voices separately, sometimes during Skype sessions.

But one of the biggest challenges was music.

“I thought recording the voices was going to be the biggest challenge, but in hindsight that was easy compared to pulling the music and sound effects,” Schaub said.

Schaub said they are letting “Spirits of the Western Wild” float around audible.com to “get some motion behind it.” If it gains traction, they will pitch to the studios.

“We want to create our own groundswell because I've been through this process with studios before... you kind of walk into the room naked, it's all on you to sell this thing with words alone,” Schaub said.

Schaub has worked as an animation director on titles such as “Chronicles of Narnia,” and “I Am Legend,” and as lead animator on “Stuart Little” and its sequel, “Evolution,” “Cast Away,” “Godzilla” and “Patch Adams.”

Currently he is working in the virtual reality world, including being the animation director on Universal's “Jurassic World Expedition” virtual reality experience in 2019.

But with “Spirits of the Western Wild,” it's the “passion that keeps us rolling.” Schaub said.