Voices of the Spaghetti Westerns ~ “Two Pistols and a Coward” 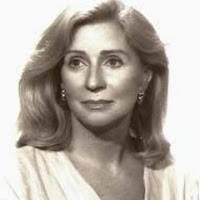 Italian dubbing actress Melina Martello was born Maria Angela Amelia Martello on April 16, 1941. Granddaughter of actors and voice actors Vittoria Martello [1923-2016] and Mario Feliciani [1918-2008], sister of the dialogist Vittorio Martello. She’s been a voice actress and dubber since the late 1960s. She’s the Italian voice of Diane Keaton, Kathleen Turner among many more. Other actresses she’s dubbed are Mia Farrow, Catherine Deneuve, Angie Dickinson, Glenn Close, Candice Bergen, Elizabeth Montgomery, Cybill Shepherd, Catherine Hicks and many cartoon voices for such films as “The Aristocrats”, “Cinderella”, “Snow White”. She’s also been dubbing director and is an exclusive partner with CVS as and actress and dubbing director. She’s won the ‘Golden Lectern’ award for best female interpretation of the year for dubbing Diane Keaton in “Anything Can Happen – Something’s Gotta Give”. She is the niece of actor Mario Feliciani [1918-2008] and the grandmother of La Martello. Awarded Lifetime Achievement Award at the Dubbing Grand Gala Romics in 2011.
Posted by Tom B. at 6:50 AM