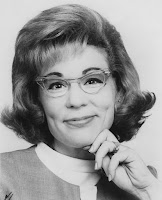 Commercial and voiceover actress Joyce Gordon, who was the first woman to serve as the president of a Screen Actors Guild branch, died late Friday February 28, 2020. She was 90 years old. Her death was announced by SAG-AFTRA Saturday. Born in Des Moines, Iowa on March 25, 1929, during the days of live television, she appeared in commercials that aired during The Jack Paar Show, Hugh Downs and The Price Is Right. A whole chapter of Alice Whitfield's 1992 book about the voiceover industry, Take It From The Top, was devoted to Gordon. Gordon also played dramatic roles, appearing on live television shows at the beginning of her career. She also used her voiceover skills for English dubs of classic movies when the practice was still common in the U.S. She was most famously the voice of Claudia Cardinale in Sergio Leone's Once Upon A Time In The West. She also appeared as a judge in episodes of Law & Order late in life. Gordon was also the English voice of Mara Krup in 1965’s “For a Few Dollars More”. Gordon is survived by her son, daughter, grandson and sister. She was married for over 50 years to actor Bernard Grant who was the English voice of Gian Maria Volonte in “Fistful of Dollars” and “For a Few Dollars More”, who died in 2004.
Posted by Tom B. at 3:38 PM